Home Uncategorized Our Resources and Equipment 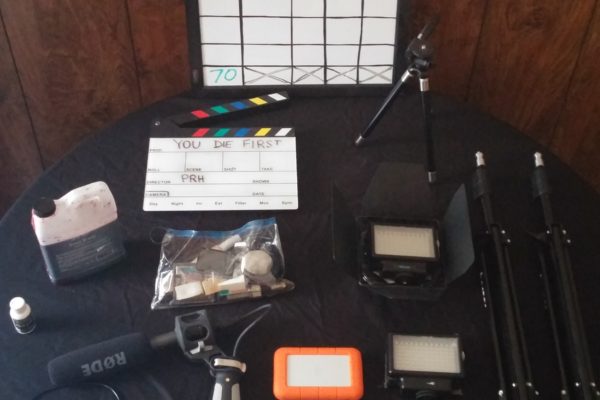 Our Resources and Equipment

I had no filmmaking experience, education or equipment when I decided to make You Die First, and my resources on Day One were:

• My brother and two best friends

The first thing I learned was that you can combine the internet with a credit card, and stuff that you want to own will appear on your doorstep like 2 days later. For instance: 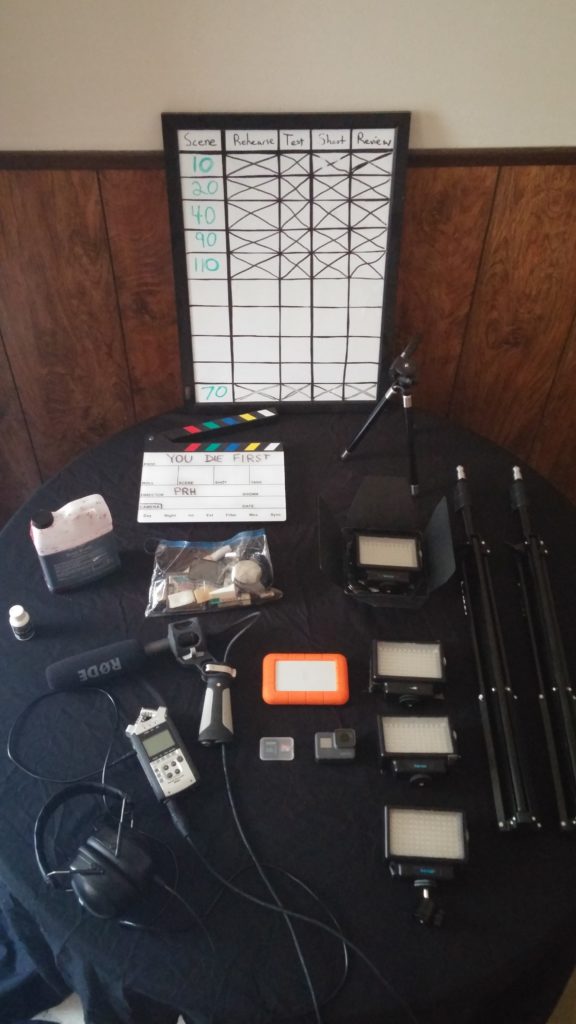 We also used this cool little tripod that I purchased at a store a few years ago but I don’t know what company makes it or any of those details. We used that quite a bit.

And I purchased a tungsten light because it looked like it belonged on a movie set, but we ended up using LED and natural lighting for consistency instead.